Why do you take photos? There are probably a million different reasons for this. For me the key ones are to create a record of a place, situation or a moment and then share it with others. The sharing of photos is really important to me since most of my family lives on the other side of the world.

Digital cameras and camera phones have fundamentally changed the way we take and share photos. I believe that for the most part this change has been for the better, and digital photography has made photo taking available to a much larger audience than ever before. However I can’t help but feel that we’ve gotten a bit sidetracked in our obsession with megapixels, smile detection features and sepia filters. 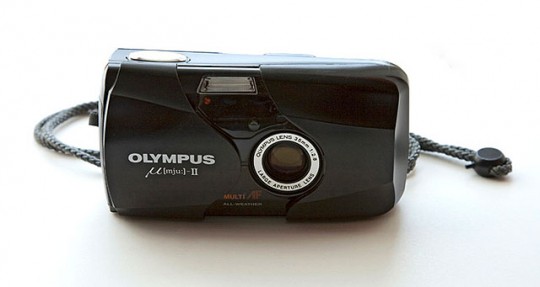 From film to digital

My mum used to have a compact 35mm film camera – you know the simple point-and-shoot type with an on-off switch, shutter, autofocus, flash and nothing more. Every so often she took the roll of film to the photo shop in town to get the photos developed. Soon she could pick up paper prints of the photos and sometimes I received a set, too. That was awesome.

Well, the film camera eventually gave up the ghost and mum now has a digital one. Mum doesn’t really like it though, the screen’s a bit hard to see and there’s too many buttons to worry about. She still takes some photos but rarely sees them again – they just seem to end up forgotten in the digital wasteland of the memory card. And I don’t receive photos anymore, which makes me a sad panda.

The problems with digital photos

Looking at digital photography holistically, and trying to put myself into the layman’s shoes, here are some of the problems I see:

We can fix this

Whilst digital photography has made photo-taking and sharing easier for the initiated it has also added extra complexity at almost every level. In many ways it has made photography harder for people who once happily took photos with their 35mm compact film cameras and neatly organised the family portraits into physical albums, still perfectly accessible after decades on the bookshelf.

If blame is laid it’s not with the camera users but with us – the designers, engineers and product managers in consumer electronics and information technology. However it doesn’t have to be this way, and I can envision ways we can address many the above issues through clever, deceivingly simple design solutions and provide a better digital photography experience for the layman.

I’ll leave you with these two videos:

Commercial for the Vivitar Film Camera by Blue Moon Studios

Eye-Fi Connect, a wireless memory card that automatically transfers photos to your computer and organises them.

Thanks to Chris and Leeanne for commenting drafts of this post.

2 thoughts on “The problems with digital photography user experience”